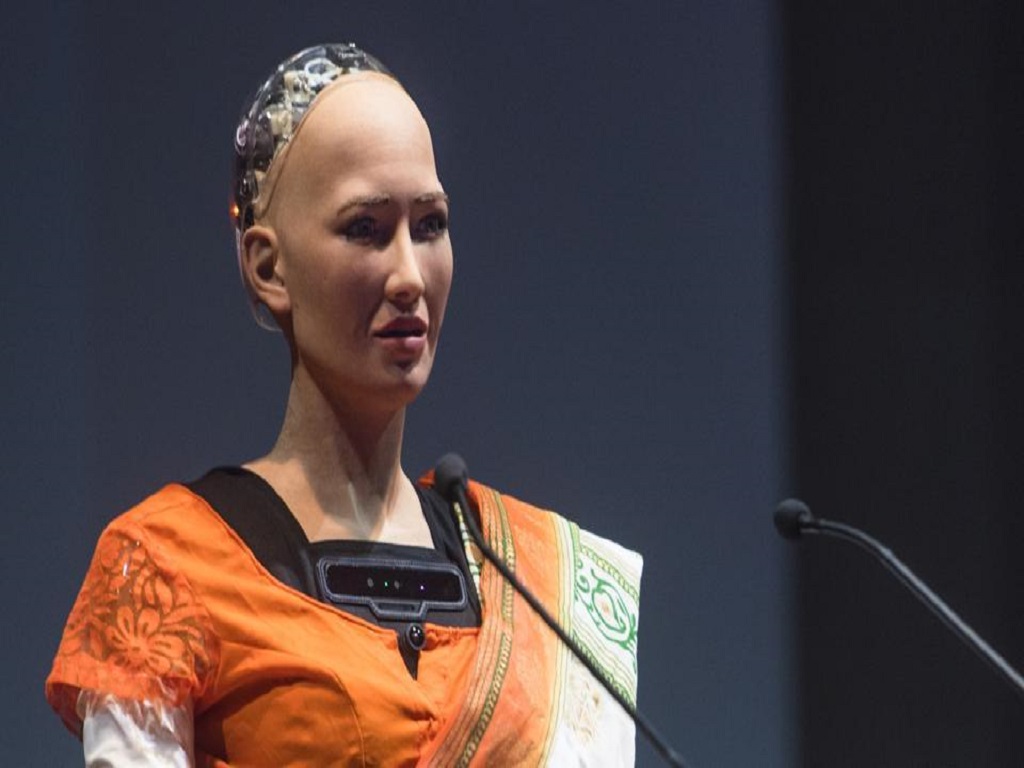 Sofia,the first robot who got citizenship of a country visited India for the first time to take part in the cultural fest of IIT Bombay. The robot spent more time with the
students and had a speach session of 15 minutes with a student in fron of more than 3000 number of audience. The robot presented herslef in a Sari and gave a feel of an Indian woman.
The topics she spoke ranged from Artificial intelligence to issues world faces today. She gave detailed and explanined answers to wide variety of questions asked by students.
Sofia was developed by a Hong-Kong company Hanson Robotics and activated in 2015. With the use of Artificial intelligence, Sofia can imitate human gestures and facial expresssions, she is also able to make conversations on pre-defined topics. Sofia is granted citizenship of Saudi Arabia on October 2015.