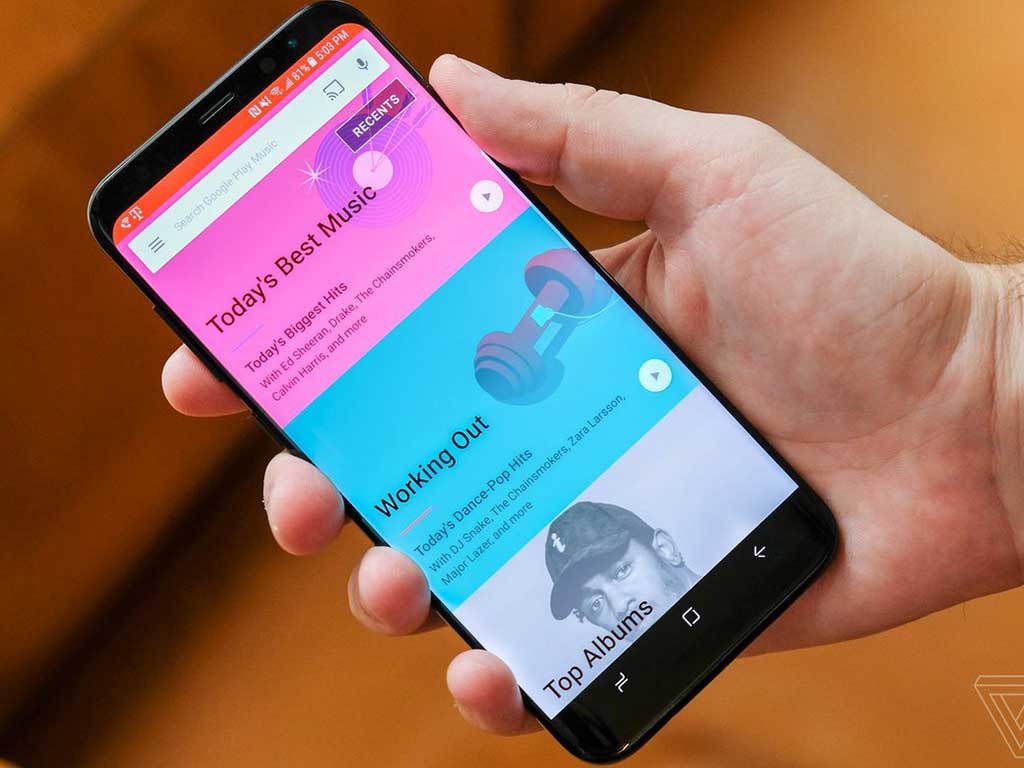 Samsung is giving Google Play Music a big push. Today, coinciding with the retail launch of the Galaxy S8, both companies announced that Google’s music app will become the preferred music player on Samsung mobile devices. The partnership kicks off immediately with the S8. But it technically began a year ago; Play Music was also the default music playback app on the Galaxy S7, a result of Samsung trying to cut down on duplicate apps that clashed with Google’s services on Android.

What’s changed now is that Google is making enhancements to the Play Music service exclusively for Samsung customers. For example, Galaxy S8 owners can upload up to 100,000 tracks to the service’s cloud locker, making them available to stream from anywhere. For all other Play Music listeners, the limit remains 50,000. (Uploading tracks is a free feature of Google Play Music and doesn’t require a monthly subscription.)

Subscriptions also player a bigger part this time as Google continues to compete with Spotify, Apple Music, Amazon Music, and others. Galaxy S8 buyers will receive a free three-month trial for Play Music — just like consumers who’ve purchased Google’s own Pixel smartphone and other select Android devices. Per usual, those free months are only available to new subscribers and not existing customers, but the offer is good globally

Google has also promised to deliver other “special features in Google Play Music just for Samsung customers.” Also, the company is promising that Play Music will support Bixby — Samsung’s smartphone assistant — once support for voice commands is actually ready to roll out.

The Samsung partnership remains significant for Google’s streaming music ambitions. So far, the company has trailed Spotify et. al in gaining mainstream pickup with consumers. The regular, no-frills Samsung music app remains available but must be downloaded from the Play Store, as was the case with the S7. Play Music is getting another year of visibility as the favored music app on devices from Samsung, far and away the most successful Android manufacturer. Samsung’s own attempts to build a Spotify rival fizzled when the company shut down its Milk Music service last August.