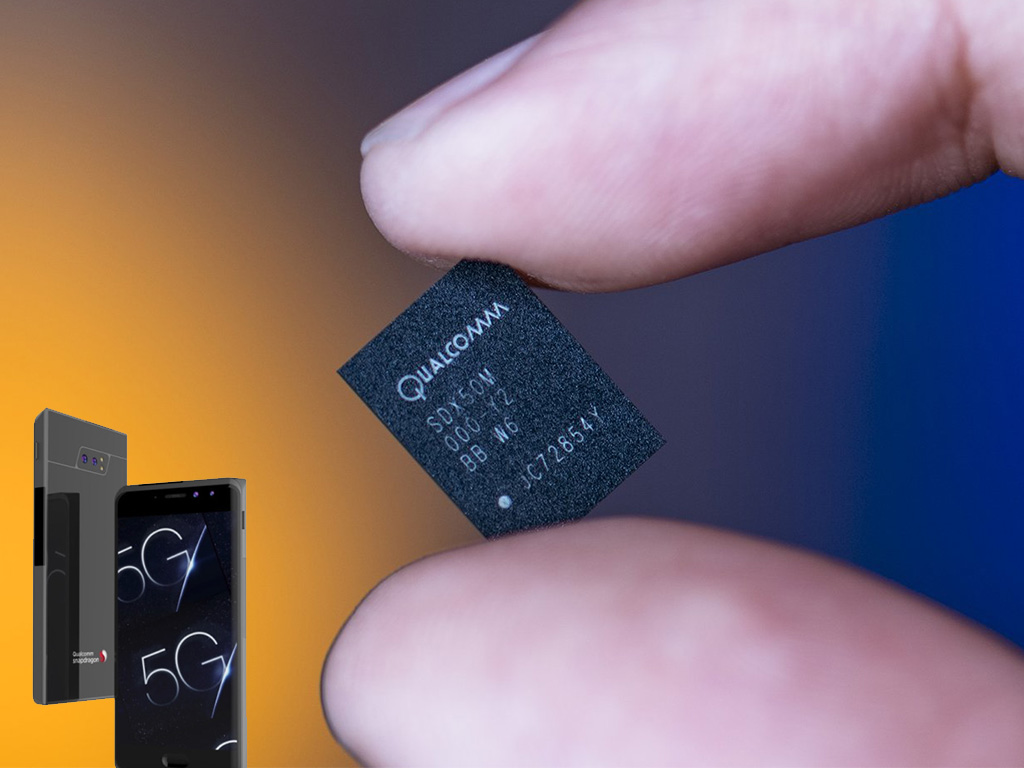 Qualcomm moved a step closer towards bringing the next-generation network to a regular smartphone as the company announced that it successfully achieved 5G data connection on an X50 5G modem chipset for mobile devices. The next-generation cellular technology known as 5G is expected to be a very big deal. Qualcomm paid for a research paper created by David Teece, a professor at the University of California at Berkeley, and market researcher IHS Markit to assess the impact of 5G mobile technology which Qualcomm is playing a big hand in bringing about on the economy. That report said 5G would create 22 million jobs and $12.3 trillion in impact on goods and services by 2035.
Peter Carson, senior director of marketing at Qualcomm, said in an interview that the prototype test for the Snapdragon X50 5G modem chipset worked the first time, and that’s important, given the effort to create 5G standards is also moving faster. The chipset delivered a speed of 1.25 gigabits a second (Gbps) in the 28-GHz millimeter wave radio frequency band. By the time the technology is fully ready, it should be able to transfer data at 5 Gbps, Carson said.
At the same time, Qualcomm also announced a new processor for mainstream and mid-range phones. This processor, called Snapdragon 636, is expected to power the phones like the Redmi Note 5 the Moto G6, which will have a price between 10,000 to 30,000.