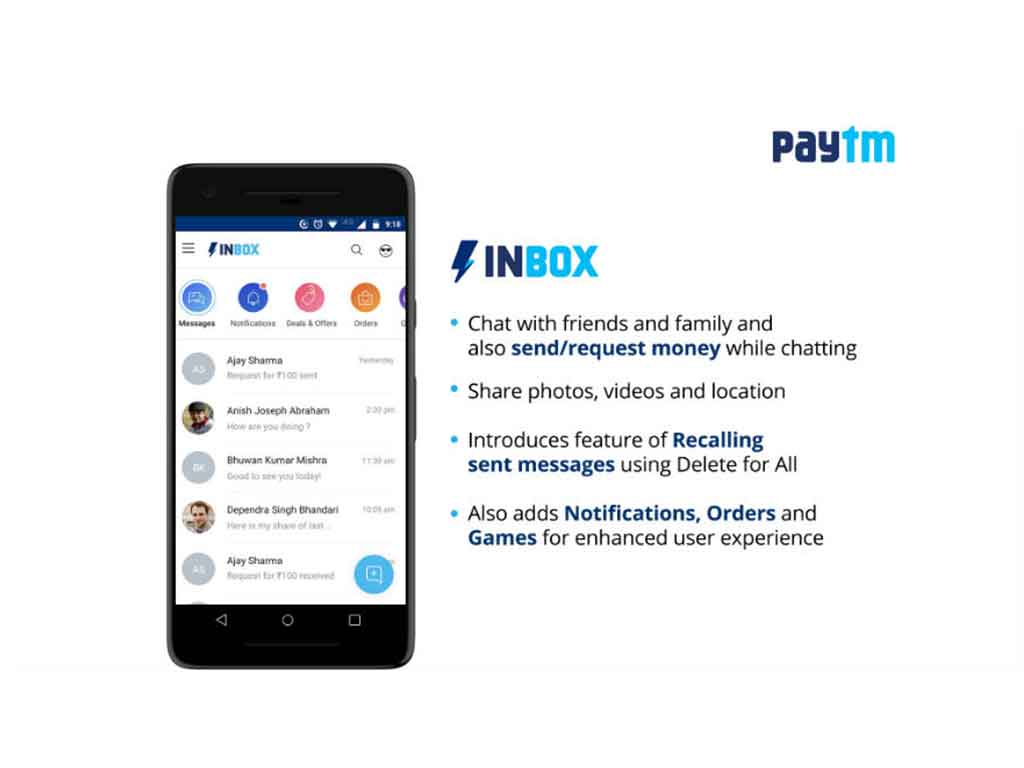 Digital payments provider - Paytm on Thursday launched a ‘chat’ feature on its payments app. The newly added feature allows users to send and receive payments natively, in a major move towards introducing social payments in India.  Paytm’s latest move comes ahead of global giant WhatsApp, which is likely to announce in-chat payments soon. Paytm Inbox has been made available on Android OS from Thursday and will be available to iOS users soon.  Deepak Abbot, Sr. Vice President of Paytm said that the firm has realised that besides making payments, users and merchants also like to communicate with each other. He added saying one step for Paytm towards meeting this consumer need is Paytm Inbox.
The company added in a statement that "the messaging platform is encrypted end-to-end, and users can initiate private conversations and create group chats. They can also send photos and videos instantly, share live location, capture and share moments with the built-in camera. There is also a feature allowing users to recall their messages using 'Delete for All'."