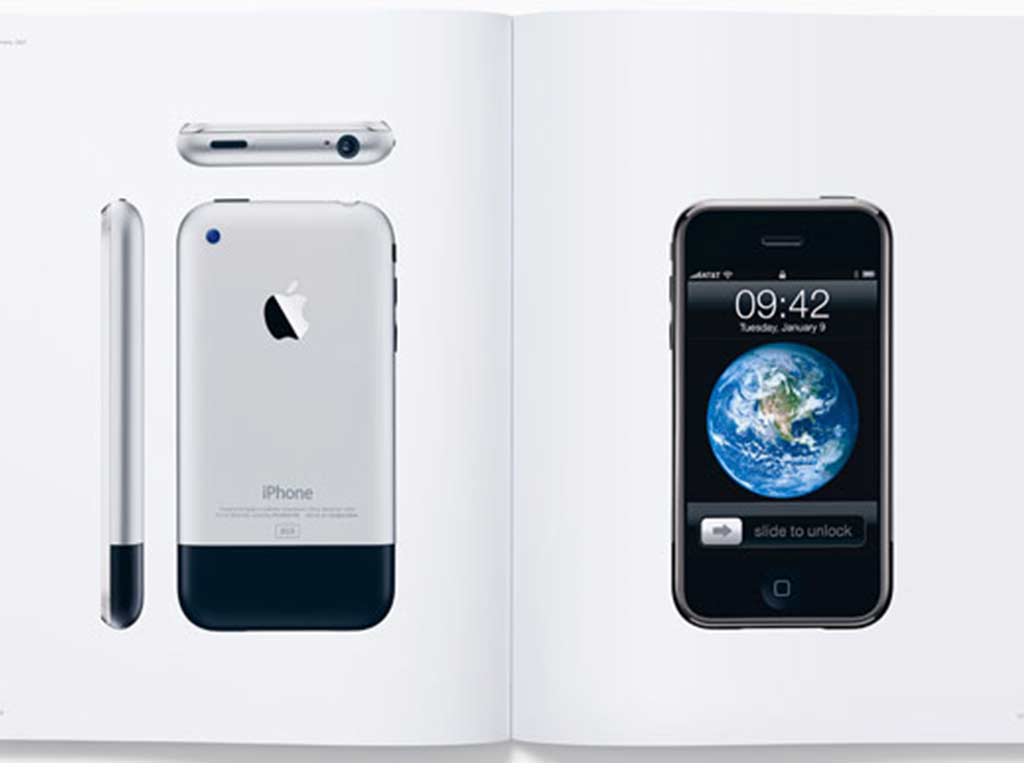 Apple this week introduced a new offering that is neither hardware nor software, but a pricey book bulging with artsy photos of the company's products.

Designed by Apple in California contains 450 photos of products created by Apple over a 20-year span. It's available in two sizes: 10.20 by 12.75 inches for US$199 and 13 by 16.25 inchesfor $299.The linen-covered hardbound volume -- filled with photographs by Andrew Zuckerman, who is known for popping his images out of stark white backgrounds -- is dedicated to Apple's late cofounder Steve Jobs. It is printed on specially milled, custom-dyed paper with gilded matte silver edges, using eight color separations and low-ghost ink.

"This archive is intended to be a gentle gathering of many of the products the team has designed over the years," said Apple Chief Design Officer Jony Ive."We hope it brings some understanding to how and why they exist, while serving as a resource for students of all design disciplines," he added.The books are availabile at Apple.com in eight countries, as well as at a select number of Apple retail stores.

Although it's not unusual to see expensive books at this time of year, Apple's aims appear to be higher than just grabbing some real estate on coffee tables.

"The idea is to reinforce Apple's design philosophy and reassert their message that their designs start in Silicon Valley and throughout California, which in many ways still sits at the heart of technology and its future," Creative Strategies President Tim Bajarin told the E-Commerce Times.

Although many of the designs pictured in the book were groundbreaking, the marketing strategy behind the book is an old one.

"The new volume finds Apple following a fairly conventional messaging strategy -- delivering a high-profile document that reminds people just how great your products are, thus justifying their happiness and your own success," said Charles King, principal analyst at Pund-IT.

"A secondary benefit is that focusing intense attention on past successes also helps divert people's attention from your current problems and shortcomings," he told the E-Commerce Times.

Companies tooting their own horn in vanity books isn't new, although businesses that do it typically have a longer history than Apple's."Companies will occasionally publish books about their history," explained Larry Chiagouris, a marketing professor at Pace University."Those kinds of books are meant for employees and, to some degree, investors. They're meant to put an exclamation mark by the substantial nature and viability of a company," he noted."Apple's book is about its products, which from a design perspective have had an advantage in aesthetics in the competitive fray," Chiagouris told the E-Commerce Times.

Nevertheless, at $300, the audience will be limited.

"When companies do expensive books like this, they will either lower the price in the future and keep the $300 price point on the book so people will think they're getting a great deal," Chiagouris said, "or they'll offer the book as a premium when someone makes a major Apple purchase."The book targets a narrow audience, Pund-IT's King suggested.

"The pricing will put it out of reach for most consumers and curious buyers, even as a holiday gift," he said.

"Then again, the book is really aimed at pleasing Apple's truest fans -- the folks who believe that the company's products are fully worth their premium prices," King pointed out. "As a status item, I expect the $299 version to be a big seller among those Apple customers."

Others may see value in the book beyond its status symbol appeal.

"It will be of great interest to design professionals across all disciplines," said Creative Strategies' Bajarin, and "there will be serious interest from those in the tech world who want a better understanding of how Apple thinks about design and products."Publishing Designed by Apple in California is an audacious move, said Chiagouris."If nothing else, it's getting us talking about Apple and the history of design. That's a good thing for Apple," he said.That said, "if they wanted more of us to talk about it, they might have come up with something that was less than $100, so people would take it seriously and spend more time discussing and reviewing it," Chiagouris added."Their strategy was a smart strategy," he said, "but their execution leaves a lot to be desired, because they picked such a high price point."